Avant-garde artists in mainland China often speak of the need to ‘wake sleeping books’. After Mao Zedong’s demise in 1976, Western literature – no longer banned by Marxist critics – was reintroduced into China. Since then, historians and literary critics in both nations have been working in archives and libraries, seeking to reawaken the writings as well as the historical and literary connections that existed between China and England in the Republican Period from 1911 through to the 1940s.

This period of modernism or mo-deng was a dynamic era of cultural and aesthetic openness between England and mainland China. It was during this time that Chinese culture started to take root in the imaginations of the so-called Bloomsbury Group, and to appear in British aesthetic and artistic expression. The Chinese landscapes in the translations of Tang poetry by Arthur Waley; landscape paintings on scrolls at the first International Chinese Exhibition of Art in Burlington House, London, in 1937; blue and white willow-pattern china in every British cupboard; Anglo-Chinoise designs influencing Chinese garden design; the Chinese pagoda in Kew Gardens; objets d’art; ceramics and the fashion for Chinese dresses in the Liberty department store – all point to a new international focus in British modernism.... 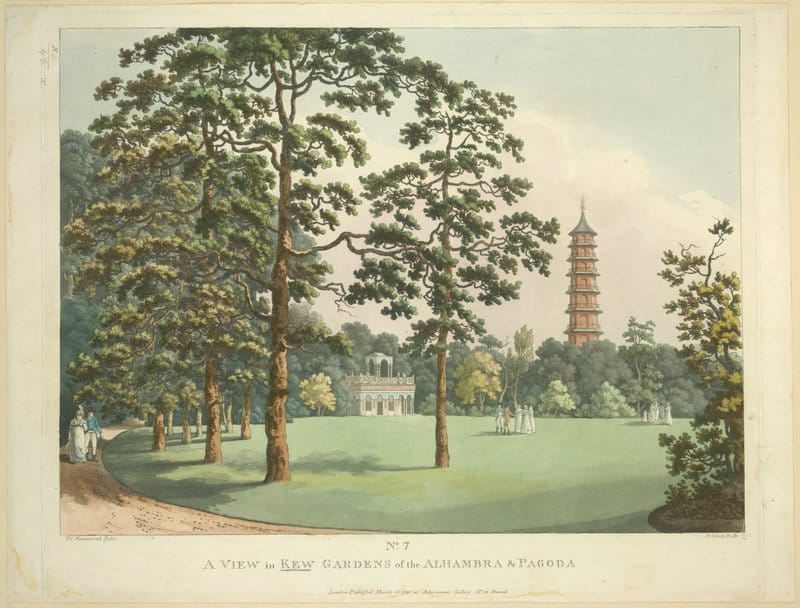 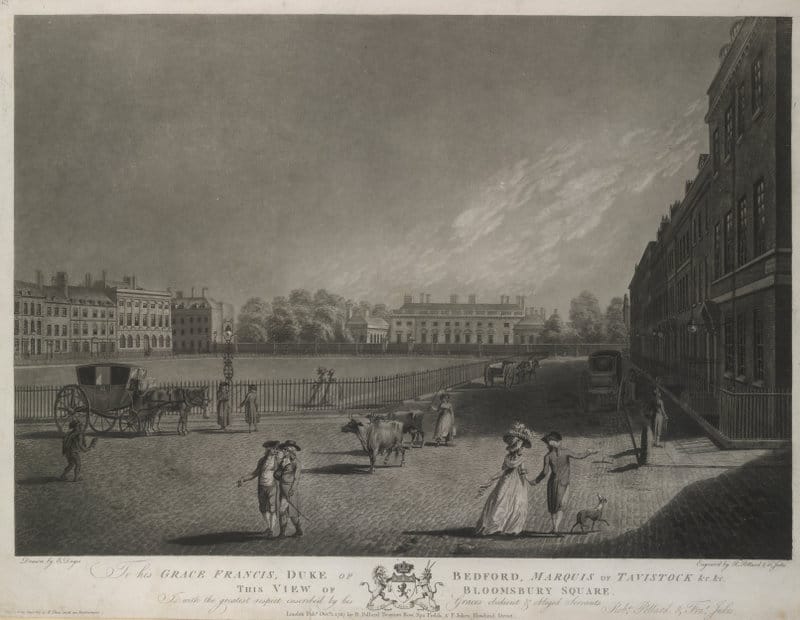 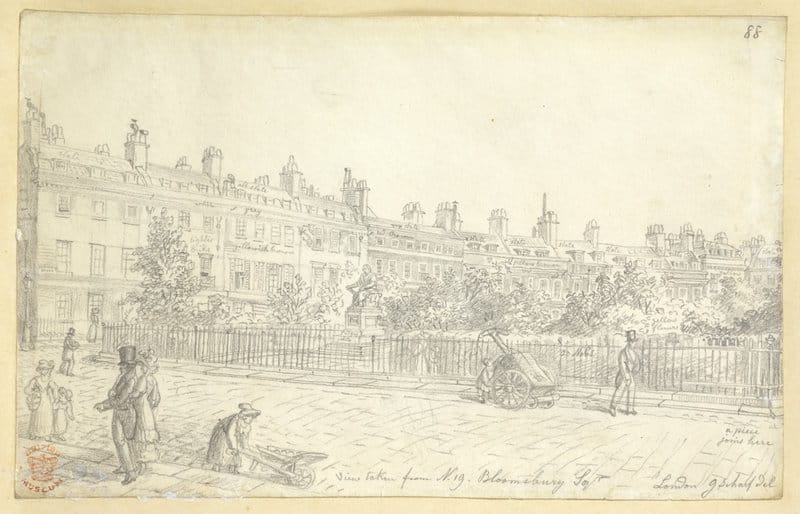 Title：A view of Bloomsbury Square which at this time was a fashionable London suburb, popular with writers, painters and lawyers. Author/Creator：George Scharf Held by：British Library Shelfmark：Add. 36489A f.88